Built in 1810 Tickford Bridge in St John St, Newport Pagnell over the River Ouzel (or Lovat) is one of the last iron bridges in Britain that still carries main road traffic. It is believed to be the oldest iron bridge in the world that is still in constant use. According to “British Listed Buildings”: “Tickford Bridge is a foremost work of early cast iron engineering still surviving in near its original condition and taking modern traffic. It is a monument of national importance in the history of civil engineering and the use of cast iron.” The bridge became a Grade I-listed building on 15-Jun-1971.

In 2010 a plaque marking the bicentennial of the bridge was erected near the footbridge by its side which gives dates and construction details, spanning 17.68 metres across the river, the engineers behind the bridge were Thomas Wilson and Henry Provis, with the former having been the supervisor on the Wearmouth Bridge in Sunderland. 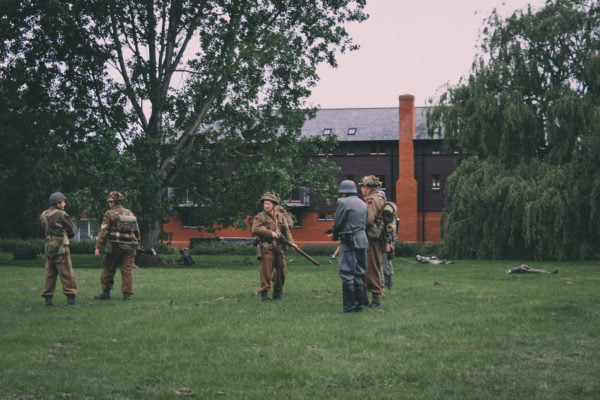